Please feel free to contact us with any questions, comments, or concerns you might have regarding hospice care and/or Ohio's Hospice of Miami County. You may do this online (click below) or by telephone 937.335.5191. Your inquiry or comments will be directed to the most appropriate hospice employee for a prompt response. Concerns/Suggestions Your concerns and suggestions are always important to us and can be communicated to our clinical management by contacting: Ohio’s Hospice of Miami County 550 Summit Ave., Suite 101 P.O. Box 502 Troy, OH 45373 Phone: 937.335.5191 If we fail to satisfy your questions or concerns, you can also contact the following sources: The Office of Quality and Patient Safety One Renaissance Boulevard Oakbrook Terrace, IL 60181 E-mail: PatientSafetyReport@JointCommission.org Fax: 630.792.5636
937.335.5191 Careers
Twitter ProfileFacebook ProfileInstagram Profile 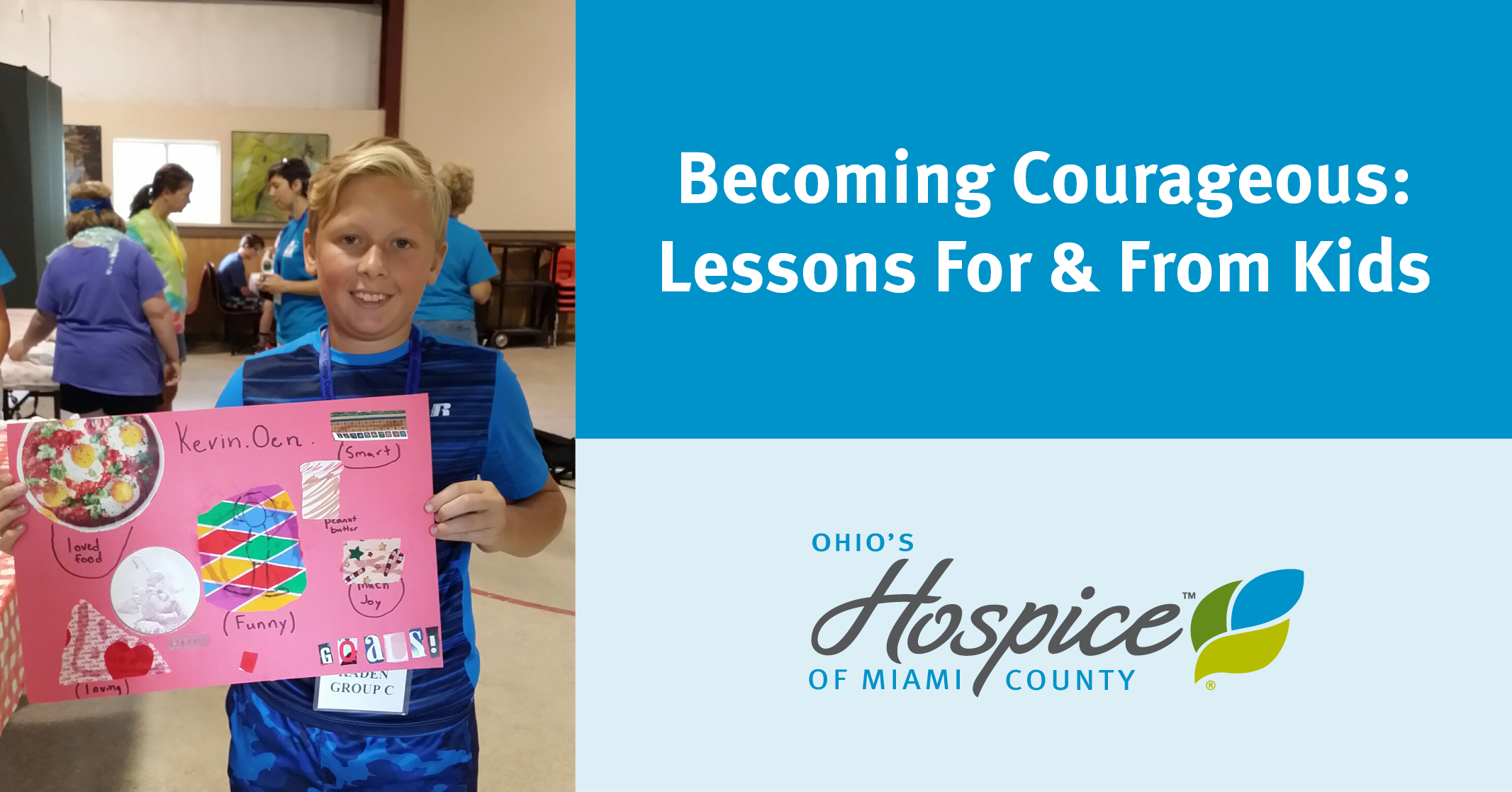 “I lost my mom and I was a grown-up,” Diane Miller, of Piqua, tells her granddaughters. “I know how hard that was on me. I can’t imagine how hard it is on you.”

Makenzie and Cheyenne lost their mother the Sunday after Thanksgiving last year. Jeni Freeman entered the hospital with everyone in the family expecting her home in a few days. Jeni’s health had been a struggle since age 7 when she

was diagnosed with juvenile diabetes. Despite a stroke at age 18 and warnings not to get pregnant, Jeni went with her heart. She wanted to be a mother. Her first pregnancy with Cheyenne was difficult. Her second, which resulted in Makenzie’s premature birth, weighing only slightly more than a pound, would be her last. Four years ago, Jeni suffered a heart attack and family members say she never fully recovered.

Diane is the paternal grandmother of the girls and has been a steady presence throughout their lives. When Makenzie came home from school in the spring with a flyer about a grief support camp offered by Ohio’s Hospice of Miami County for children who have suffered the loss of a loved one. The girls’ father  decided it might be helpful for them. Nine-year old Makenzie refused to consider it until she found out it was a day-camp only. Eleven-year-old Cheyenne was also on board with giving the grief camp a try.

Both girls enjoyed the arts and crafts and music at camp, and ended the week with new understanding. “I learned it is okay for me to be happy and enjoy things, and it’s okay for me to feel sad,” Cheyenne says. “It was easier for me to talk with other kids at camp because they lost someone too. I can talk with my family and friends about how I feel. Makenzie says she learned to be stronger. Both girls are continuing to participate in grief counseling with Pathway of Hope at the Generations of Life Center in Troy.

Another Piqua youth, thirteen-year-old Kaden Hughes, also made new friends at the camp. His father, Kevin, died unexpectedly one year ago.  Kaden was visiting his Grandfather when the call came. He found his Grandfather sitting in a chair, stunned by the news, on a Sunday morning. In disbelief that his son had died, Kaden’s Grandfather then had to break the news to Kaden that his Dad was gone.

Kaden’s mother, Kristin Roth, thought the grief camp might help Kaden have more closure. “Every day when I picked him up, we would have these great talks on the way home from camp,” Kristin says. “Kaden would share stories about his Dad that I had never heard. Some of them made him laugh so hard. I’m so glad he has such great positive memories about his Dad.”

Kristin says the camp impacted the entire family, not just Kaden. “The entire family attended the closing ceremony,” she says. “Including his Grandfather who didn’t like to talk about Kevin’s death. He thanked me for sending Kaden to camp. Now, all of Kaden’s camp artwork in memory of his Dad is on display at his Grandfather’s house.“

For Kimberly Walker, Bereavement Counselor with Pathways of Hope and Ohio’s Hospice of Miami County, that is a four-star review. “We want children who come to Camp to have all the benefits of a great summer camp experience along with the counseling of grief support professionals,” she says. “It’s enlightening to see the healthy changes in the children emerge from day one – when they may feel sad, shy, frightened, alone or simply don’t want to be there –  to day five where they present as open, happy, trusting and with hope and confidence to continue forward in life. Most children do not want Camp to end. The camp is a wonderful tool for grieving children to realize they are not alone and to learn about grief and how to better cope with life day to day. Through their camp experience they are encouraged, through qualified staff and volunteers, to express their thoughts and feelings and they are granted permission to share their memories of their loved one now and forever. May the love and memories live on.”

Ohio’s Hospice of Miami County has been named a 2020 Hospice Honors recipient by HEALTHCAREfirst, a leading provider…

The loss of a sibling can be a crushing blow, one that could bring any…